Gypsies is based on the original maquette for Josef Koudelka’s book Cikani (Czech for Gypsies), prepared by Koudelka and graphic designer Milan Kopriva in 1968, and intended for publication in Prague in 1970. However, Koudelka left Czechoslovakia in 1970, and the book was never published in that original form. Now available in an affordable compact edition, the book has been revised and resequenced. Comprising 109 photographs taken between 1962 and 1971 in what was Czechoslovakia (Bohemia, Moravia and Slovakia), Romania, Hungary, France and Spain, it is a unique record of a vanished world. The Gypsies in these images were photographed during the 1960s, mostly in a state that no longer exists, and ruled by a regime that disintegrated in 1989. Will Guy, author of the text that accompanied the first publication of Gypsies, contributes an entirely new essay tracing the migration of the Roma from their original homeland in northern India, to their current status – one that continues to be contested internationally. 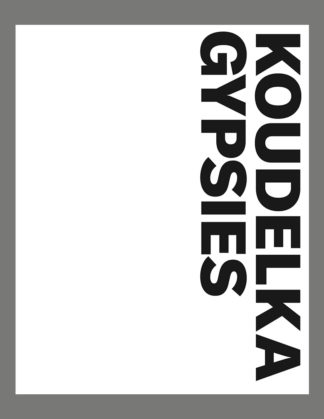