Kossi Aguessy was born on April 17, 1977 in Lomé, Togo. He studied industrial and interior design in the UK, at Central Saint Martins College of Arts and Design, London. In 2008, its Useless Tool obtained international recognition. Designer and artist, he is considered to be a “researcher of design”, of those who “design the future”, at the crossroads of many “multiverses”. This publication is initiated by Le Palais de Lomé in the context of the “Infinity” exhibition in tribute to Kossy Aguessy, for its inauguration and in the context of the Design space.
The publication focuses on the works and unique approach of Kossi Aguessy, designer, artist, attracted by science and technology. It is enriched by testimonials from personalities such as the designer Ross Lovegrove and the journalist Harry Roselmack. Quotes and photos of Kossi Aguessy reveal his multiple talents, his sensitivity, and his charisma. 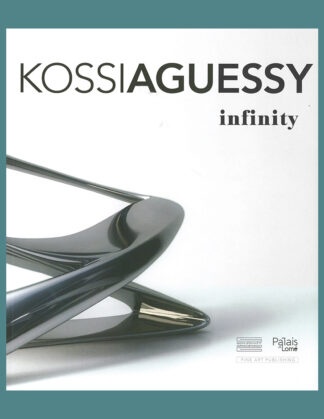