Tracing the career of Koloman Moser, one of the most influential figures in 20th-century design, this stunning book focuses on Moser’s accomplishments in the decorative arts.

During his short career, Koloman Moser became a towering figure in Viennese culture. His varied work in interior and graphic design, furniture, textiles, jewelry, metalwork, glass, and earthenware helped usher in the modern era. This book surveys the entirety of Moser’s oeuvre. It examines his work as a graphic designer and his involvement with the Vienna Secession, with special focus given to his role as an illustrator for the journal Ver Sacrum (Sacred Spring). Moser’s forays into textile design and ceramic work are also introduced. The book features his designs for the Vienna Secession, Thonet Brothers, and the Mautner family, among others that characterize his early modern style. The book also explores Moser’s seminal role as a founding member of the Vienna Workshops, along with architect Josef Hoffmann and patron Fritz Waerndorfer. Included are many reproductions of Moser’s masterpieces, including the window of the Steinhof Chapel, his exhibition posters, postage stamps and currency, and elegant examples from his design portfolio, “The Source.” 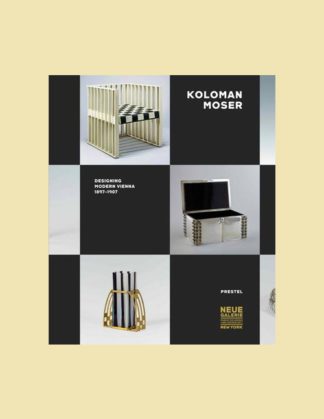