The history of Knoll is the history of modern design. Founded in 1938 by Hans Knoll and joined by his wife, Florence Knoll, the company is credited for bringing European modern design to America, then nurturing the best homegrown talents at mid-century to build the most successful and prestigious high-end furniture company in the world. Throughout its history Knoll has been at the forefront of cutting-edge and chic design, the first company to produce Mies van der Rohe’s and Marcel Breuer’s tubular furniture for a receptive domestic market, making Bauhaus ideals a reality to an American audience. Knoll also leveraged America’s newfound economic and cultural status after World War II by commissioning now-iconic furniture pieces, such as Eero Saarinen’s Tulip chair and Harry Bertoia’s Wire chairs. More recently Knoll has produced instant classics from Frank Gehry and Richard Meier. Equally significant is Knoll’s pioneering foray into office planning, which resulted in Florence Knoll’s iconic furniture and later one of the first office systems. Knoll also fully integrated graphic design into its program, with photography and advertising by masters such as Herbert Matter and Massimo Vignelli. Comprehensive in narrative and scope, this monograph will be a classic in its own right with images and texts on furniture, furnishings, systems, graphics, and unique insight into the modern world that is Knoll. 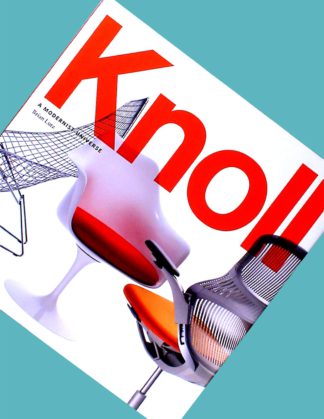