The Why I Write series is based on the Windham-Campbell Lectures, delivered annually to commemorate the awarding of the Donald Windham-Sandy M. Campbell Literature Prizes at Yale University. Administered by Yale’s Beinecke Rare Book and Manuscript Library, the series publishes works based on the lecture given by the event’s keynote speaker.
In Inadvertent, internationally bestselling author Karl Ove Knausgaard reveals his beginnings as a writer and his literary influences; his creative development and his struggles. But this text is more than a window into the writer’s frame of mind. It’s also a glimmering meditation on literature and creativity–on its limitations and its freedoms. From Jorge Luis Borges to Edward Munch, the text explores Knausgaard’s relationship to art that’s moved him, and how that art situates itself in our culture. The text is both biographical and philosophical, and raises as many questions as it provides answers. 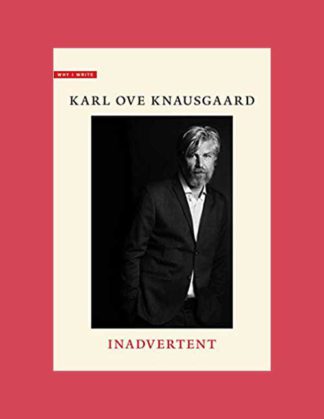