Now creative director of Maison Margiela, John Galliano started his career in London in the late 1980s, straight after graduating from Central Saint Martins. After being appointed head designer of Christian Dior in 1996, Galliano continued to create two collections a year for his namesake brand. They acted in many ways as a laboratory of ideas, allowing him to let his imagination run wild, free from both the commercial pressures associated with a house as iconic and as global as Dior and the influence of the hallowed house’s iconic pieces – a pure expression of his personal design style.

Opening with an essay on the designer’s work, John Galliano: Unseen unfolds chronologically. Thirty collections are included, each introduced by a short text by Claire Wilcox, revisiting the designer’s most iconic creations and revealing previously unseen behind-the-scenes moments that capture models, hairdressers, stylists, makeup artists and John Galliano himself at their most creative. Robert Fairer’s stunning and high-energy photographs capture the glamour and frenzy that defined Galliano’s shows. A treasure-trove of inspiration, they make this publication a must-have reference for fashion and photography lovers alike. 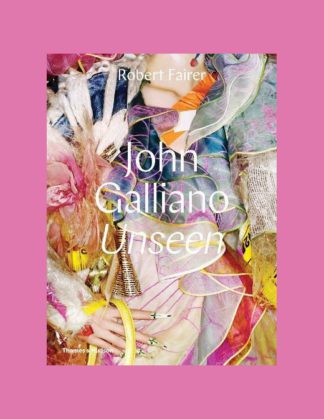