John Chamberlain: Choices accompanies the Guggenheim Museum exhibition, which comprises approximately 95 works, from the artist’s earliest monochromatic iron sculptures to the outsized foil creations he is working on today, encompassing shifts in scale, materials, and methods informed by the collage process that has been central to his working method. This fully illustrated exhibition catalogue includes essays by Susan Davidson, Donna De Salvo, Dave Hickey, Adrian Kohn, and Charles Ray with an extensive chronology by Helen Hsu and a limited lexicon by Don Quaintance.

John Chamberlain rose to prominence in the late 1950s with energetic, vibrant sculptures hewn from disused car parts, achieving a three-dimensional form of Abstract Expressionism that astounded critics and captured the imagination of fellow artists. For a seven-year period starting in the mid-1960s, the artist abandoned automotive metal and turned to other materials. Motivated by a scientific curiosity, Chamberlain produced sculptures in unorthodox mediums such as urethane foam, galvanized steel, paper bags, mineral-coated Plexiglas, and aluminum foil. Since returning in 1972 to metal as his primary material, Chamberlain limited himself to specific parts of the automobile, adding color to found car parts, dripping, spraying, and patterning on top of existing hues to an often wild effect. In recent years, the artist has embarked on the production of a new body of work that demonstrates a decided return to earlier themes. Among the largest works he has made, these crushed and rolled metal sculptures are created from a supply of 1940s and 1950s automobiles, often assuming stances of aspirant, if not triumphant, verticality. The works’ elegant refinements and exponentially complex renderings exemplify his long-held artistic philosophy, “it’s all in the fit.” 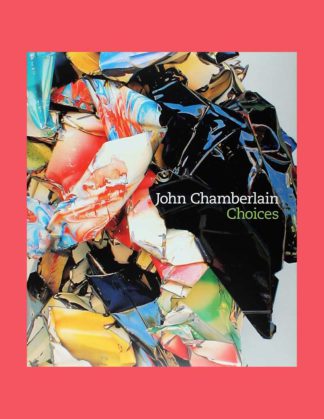