‘Stranger In Polaroid’ features exclusive images by Otto Grokenberger, which he took during the production of a landmark of art-house cinema, ‘Stranger Than Paradise’ (1984), written and directed by Jim Jarmusch. According to Grokenberger, the film’s executive producer, “The photos in this book are no less extraordinary than any other aspect” of the film. “Thirty-two years later, I rediscovered them in two unmarked boxes of Polaroids stored in my attic.” For those familiar with the film, this series of full colour production stills captioned by Grokenberger offers a fascinating behind-the-scenes look at its places and characters, as well as a counterpoint to the black-and-white moving image. 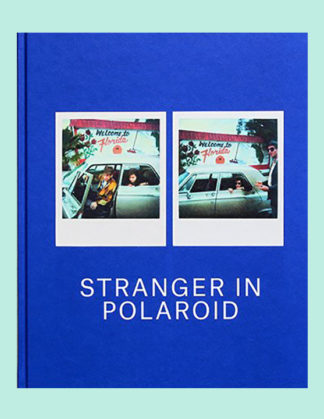