Catalog of the exhibition Jean Fautrier – Matter and light, presented at the Museum of Modern Art in Paris (January 26 to May 20, 2018).
The catalog presents, in a chronological approach, the painted work of Fautrier as well as almost all the sculptures.
Fautrier’s career began in 1920. His painting, figurative at the time, was made up of still lifes, landscapes and nudes in styles ranging from a harsh, hallucinatory realism to darkly lit near-abstract shapes. After a brief period of recognition, however, the economic slump ultimately put paid to his artistic career: forced to leave Paris in the early 1930s, he lived in the Alps for several years, working as a ski instructor and manager of a hotel with its own dance hall. Returning to Paris in 1940, he met or renewed his acquaintance with writers including André Malraux, Francis Ponge, Paul Éluard, Georges Bataille and most importantly Jean Paulhan, who would become his most ardent champion. During the War years he developed a new approach to the image in which paint itself took on a steadily increasing role in the representation of objects, landscapes and bodies. 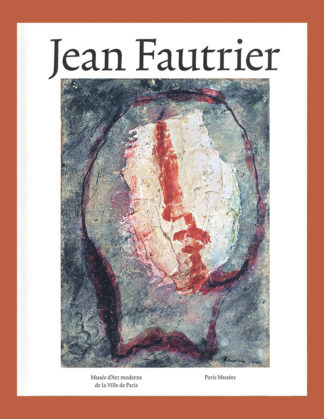