Paul Klee and Hans Bloesch became friends in their early school days, and their bond lasted more than four decades, until Klee’s death in 1940. The pair first began their artistic enterprises in the graduation newspaper ‘Die Wanze’ (1898) and the satirical ‘Model Citizen’ (1908). Yet it has only recently come to light that there was another joint project in those early days, ‘The Book’. Klee created satirical drawings in Italy and Munich, and Bloesch, inspired by his friend, fabricated mocking verses to accompany them. This volume includes the complete pages of the original as a facsimile, a transcription of the texts, and two essays on the project’s genesis by Osamo Okuda and Reto Sorg. 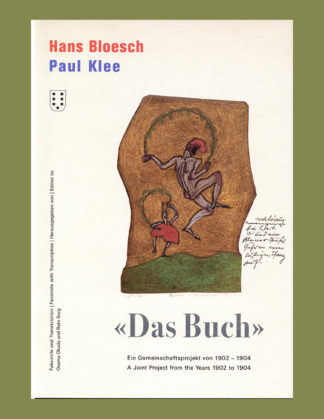