The painting Paris Street, Rainy Day by Gustave Caillebotte (1848–1894) is an icon of Impressionism. This volume presents the work in the context of Caillebotte’s innovative artistic work, introducing him as a driving force in the establishment of Impressionism and describing his intensive exchanges with his fellow-artists.
With its almost life-sized figures and unconventional perspective, Paris Street, Rainy Day was presented in 1877 at the third Impressionist exhibition and is regarded as one of Caillebotte’s principal works. The publication describes his personal interpretation of Impressionism, which convinces with its striking directness and bold image sections, as well as his activities as a patron of art. Caillebotte helped to finance and organize the Impressionist exhibitions and attempted as a collector to establish the works in public collections in a similar manner to that of Hugo von Tschudi with his spectacular purchases for the Nationalgalerie in Berlin. 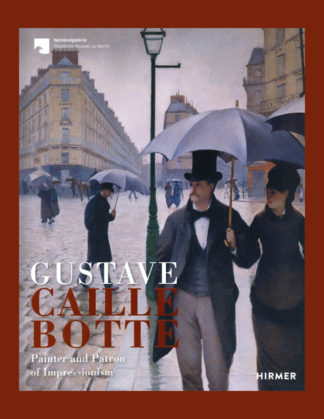