Gropius: The Man Who Built the Bauhaus

“This is an absolute triumph—ideas, lives, and the dramas of the twentieth century are woven together in a feat of storytelling. A masterpiece.”
—Edmund de Waal, ceramic artist and author of The White Road

The impact of Walter Gropius can be measured in his buildings—Fagus Factory, Bauhaus Dessau, Pan Am—but no less in his students. I. M. Pei, Paul Rudolph, Anni Albers, Philip Johnson, Fumihiko Maki: countless masters were once disciples at the Bauhaus in Berlin and at Harvard. Between 1910 and 1930, Gropius was at the center of European modernism and avant-garde society glamor, only to be exiled to the antimodernist United Kingdom during the Nazi years. Later, under the democratizing influence of American universities, Gropius became an advocate of public art and cemented a starring role in twentieth-century architecture and design. 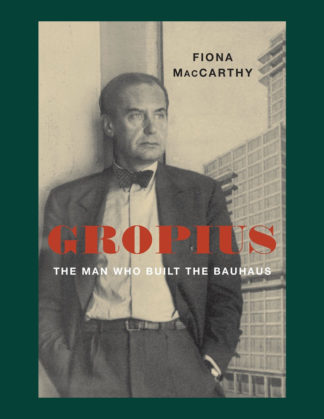 Je bekijkt nu: Gropius: The Man Who Built the Bauhaus €35,00
In winkelmand
1