Segregation Story features a broad selection of images – most of them published for the first time – from Gordon Parks’ powerful 1956 photographic series documenting the “Restraints: Open and Hidden” on an extended African American family persevering in the segregated South. Originally commissioned for Life magazine, Parks’ work resulted in the creation of hundreds of transparencies, representing one of his earliest social documentary studies on color film, only a fraction of which had been reproduced. 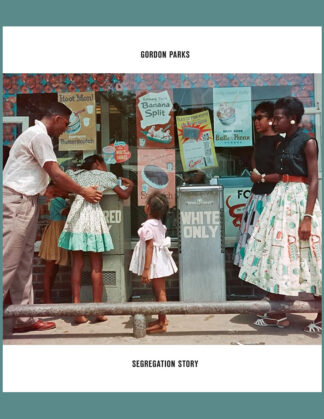