Gerhard Richter. Images of an Era

Among German painter Gerhard Richter’s best-known works are his large-scale paintings based on—and sometimes applied directly to—photographs. A transplant to West Germany mere months before the erection of the Berlin Wall, Richter sought to understand and represent his new environment through a series of paintings from black-and-white photos culled from newspapers, books, and magazines. These paintings marked a new phase in Richter’s remarkable career.

Providing new insight into these complex photo-derived works, Gerhard Richter: Images of an Era presents fifty of the artist’s works that cumulatively form an image of Richter’s Germany—its hopes and dreams, its new possibilities and memories of the oppressive past. Among the works included here are the fifteen controversial panels from the 18. Oktober 1977 series, which, painted from press photographs, depict moments in the lives and deaths of four imprisoned members of the Red Army Faction. Here, these paintings are newly interpreted within the context of Richter’s work. Rounding out the images are essays and commentary by leading experts, as well as a number of Richter’s hitherto unprinted letters, including a conversation between Richter and critic and curator Uwe M. Schneede.

While Richter earned critical praise throughout his career, it was his photo-paintings that earned him widespread international acclaim. Created to accompany an exhibition on loan at the Bucerius Kunst Forum in Hamburg, this volume celebrates these works that marked an unexpected revival of history painting in modern times. 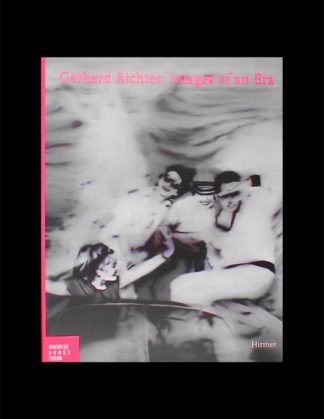