Assembled under the artist’s direction, this first major book on the work of Gavin Turk showcases more than two decades of extraordinary sculptures, paintings, prints, and installation pieces.

Part of the YBA (Young British Artist) movement of the mid-1990s, Gavin Turk has created pioneering works of contemporary art using materials such as painted bronze, wax, and garbage. His installations, sculptures, and images refer to issues of authorship, authenticity, and identity and toy with the art-historical establishment. Featuring numerous color illustrations, the volume includes Turk’s major projects since the early 1990s as well as two texts. One of these, an original essay by Iain Sinclair, contextualizes the artist’s work under the umbrella of psychogeography, including the impact of London on Turk’s persona. 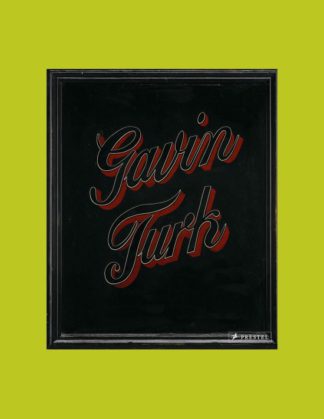