This fascinating exploration of French women’s fashion during World War I is the first in-depth consideration of the role that fashion played in the upheaval of French society between 1914 and 1918. As the fashion industry—the second largest industry in the country—mobilized to help the war effort, Parisian couture houses introduced new styles, aggressively disseminated information through magazines, and strengthened their propaganda efforts overseas. Women of all social classes adapted their garments to the wartime lifestyle, and practicality was increasingly introduced in the form of pockets and “sportswear” textiles like jersey.

While women were heralded for contributing to the war effort, the clothes they wore while doing so often provoked debates, particularly when their attire was seen as too masculine or militaristic. With focused studies of wartime garments such as skirt suits, nurse’s uniforms, work overalls, and mourning clothes, this volume brings to life the passionate debates that roiled the French fashion industry and reveals the extent to which fashion was a hotly contested topic and a barometer for social tensions throughout this tumultuous era. 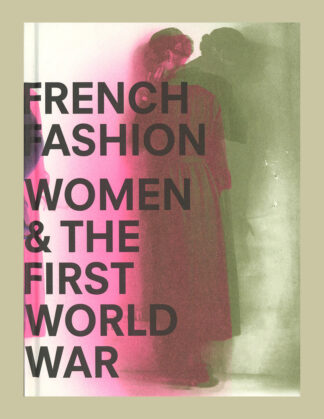