From his abstract sculptures and collage to furniture and largescale works, the character of Franz West’s work is unrestrainedly irreverent, and yet also profoundly philosophical. Deeply influenced by Viennese actionism and the Viennese art scene of the 1960s and 1970s, West sought to relocate art from pristine gallery spaces into the everyday. His Passstucke (Adaptives) -papier-mache pieces that were intentionally made to be handled – explored an immediate relationship between art and its audience in a performative but also psychological way. Extending this theme, he later created playful sculptures that doubled as seats and communal spaces. In his final years he produced a number of large, coloured aluminium sculptures for installation in public spaces (including Central Park, New York, the Place Vendome, Paris, and the Stubenbrucke in Vienna). Throughout his career, West collaborated with numerous artists, musicians, writers and photographers, many of whom have been interviewed for this new publication, providing a richly detailed and personal overview of the artist’s 40-year career. This new publication ably examines both the artist’s ironic, punk sensibility and his original approach to materials, colours and forms. Also included are examples of his lesser-known drawings and works on paper. In 2011, West was awarded the Golden Lion at the Venice Biennale and has twice been selected for the Kassel Documenta (IX & X); and, much like his contemporaries Mike Kelley or Gerhard Richter, West has become a key figure of inspiration for a generation of younger artists. 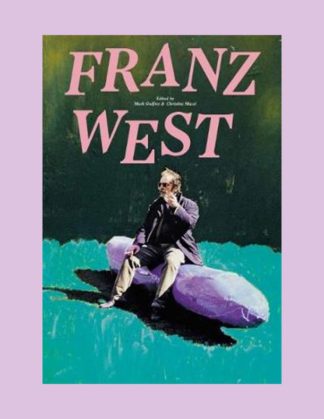