Throughout his working life, Franz West (1947–2012) was a writer as well as a sculptor. He frequently augmented his pieces with texts, kept notes on his thinking, corresponded extensively with curators and writers, and through his brother, the actor and poet Otto Kobalek, was friendly with many writers of the Vienna Group. This book gathers these writings for the first time in English. Beginning with “Electrical Art” (c. 1975) and closing with “Redundancy” of 2011, these texts range in character from statements and considerations on artists such as Giacometti, Twombly and Kippenberger to poetical and aphoristic pieces, and letters written to Mike Kelley, Anthony Spira and Hans Ulrich Obrist, coeditor of this volume. Sometimes the writings of artists seem supplementary or secondary to the work; in this book, West is revealed as both an energizing thinker and a language artist. 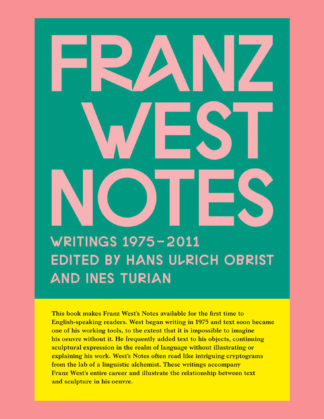