François Halard (b. 1961, French) photographed his father Yves in his house in Les Vignères in the South of France during preceding days to his passing in 2016. Capturing last moments shared together, the photographs witness an unusual approach for Halard. Papa explores a personal milieu within a career principally committed to interior and architectural photography. Yves Halard was an admired decorator and in the process, also became a collector, a gatherer of objects, from antique furniture to toys. Therefore created, alongside his wife Michelle, a one-of-a-kind spirit — their own. Contrary to François Halard’s habits, these photographs delve into the very intimate; quiet pictures of a withering body, a frail face, marked by years and wisdom, and captured with affection and decency.
The book contains a preface, in French, written by François Halard, with an English translation by Haydée Touitou. 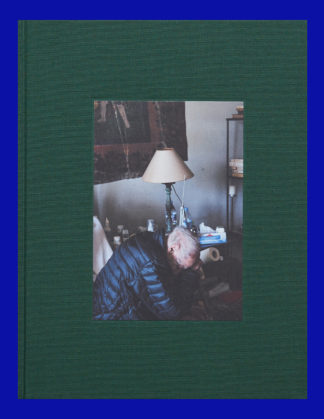