This fascinating book on the work of Francis Bacon, one of the 20th century s greatest painters, takes an in-depth look at his trademark motif of figures imprisoned within ghostly frames. Francis Bacon painted haunting portraits that employed themes of crucifixion, torment, and isolation. Incorporating the insights of The Logic of Sensation, French philosopher Gilles Deleuze s seminal criticism of Bacon’s work, this volume highlights Bacon’s approach to space as one of the defining forces of his work. By organizing the spatial and dramatic structure of his compositions with barely visible cubic or elliptical cages, his figures become trapped in a kind of invisible room. This sense of confinement creates a direct, unsettling impression on the viewer, and further emphasizes the painter s dark vision. This book features stunning reproductions of 40 large-scale paintings, including Study for a Portrait (1952), Chimpanzee (1955), Three Studies of the Male Back (1970), and Sand Dune (1983) as well as a selection of rarely exhibited works on paper. This book also contains a series of essays that explore the range of variation in Bacon’s use of isolating constructions over a period of nearly 50 years, as well as the nature of his painting technique and compositions. 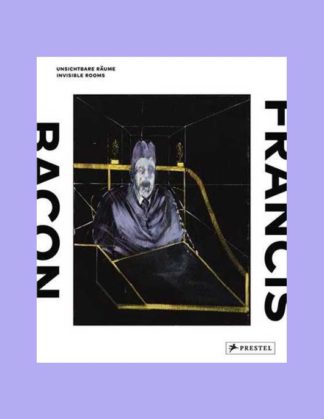