Through the feature films and documentaries of directors including Emmer, Erice, Godard, Hitchcock, Pasolini, Resnais, Rossellini and Storck, Jacobs examines the way films ‘animate’ artworks by means of cinematic techniques, such as camera movements and editing, or by integrating them into a narrative.

He explores how this ‘mobilization’ of the artwork is brought into play in art documentaries and artist biopics, as well as in feature films containing key scenes situated in museums. The tension between stasis and movement is also discussed in relation to modernist cinema, which often includes tableaux vivants combining pictorial, sculptural and theatrical elements. This tension also marks the aesthetics of the film still, which have inspired prominent art photographers such as Cindy Sherman and Jeff Wall.

Illustrated throughout, Jacobs’ study of the presence of art in film, alongside the omnipresence of the filmic image in today’s art museums, is an engaging work for students and scholars of film and art alike. 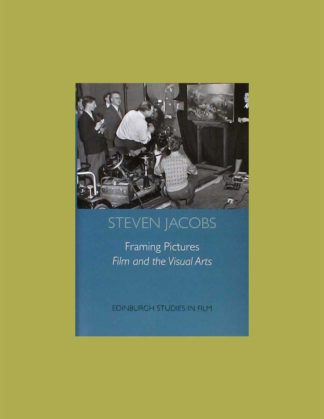