In 2014, Flores & Prats redesigned Barcelona’s Pau i Justícia building as a theater, creative space and drama school. This publication documents the process, highlighting the historic elements of the existing building that were preserved. The Sala Beckett is a theater, but above all it is a space for creation and meeting. It was born from the need for a new space for the small theater in the Gràcia neighborhood, which reached the limit of capacity. The Barcelona City Council granted the building of the old Cooperativa Paz y Justicia, which maintains its structure and two large naves with a central passage as a lobby. Sala Beckett is a space where the objective is not to make products that work, but products that question, that create doubts, that want to change things with a critical spirit. 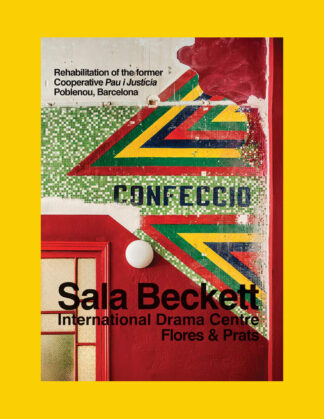