Grant Featherston (1922-1995) was a Melbourne based industrial designer, most well-known for his Contour series of chairs. Contours were designed and developed in the early 1950s and remain highly sought after by mid-century collectors in Australia and overseas, often fetching $10,000 or more. Featherston, later joined by his wife Mary, in fact produced hundreds of chairs, just part of an astonishingly diverse output form this Australian design partnership that has gone largely uncelebrated until now. This is the first book to celebrate the life and work of Grant Featherston and focuses on the chairs produced from 1947-1975 and presents a new biography of the designer, drawn from archival research and interviews with his peers. The 70,000 word text chronologically follows the design output. The book is extensively illustrated with over 250 beautiful photographs, including a selection from the previously unpublished personal achieve of Ian Howard (the former Managing Director of Aristoc). In 1957, Featherston was appointed chief design consultant for Melbourne based manufacturer Aristoc and spent the next thirteen years designing scores of chairs. Some models were so successful that it is highly likely that nearly all Australians have sat on at least one Featherston chair in their lives. Robin Day is probably the only other mid-century designer to achieve this level of commercial success.The Featherstons were selected by Robin Boyd to design and produce the highly successful Talking chair for the Australian Pavilion at the 1967 World Expo in Montreal. In the mid-1970s the international design community was searching for production techniques that would allow chairs to be produced as a single component, requiring little effort to upholster and minimal protection for transportation. In 1973, the Featherstons? career in chair design culminated with the release of the Numero IV, the largest single-shot injection moulded chair produced anywhere in the world. Featherston’s real genius lay in his ability to develop production techniques that allowed the tiny, remote Australian market to experience the Modern look. The ingenuity required to succeed and consistently deliver successful Australian modern designs, is the real, previously untold, story revealed in this book. 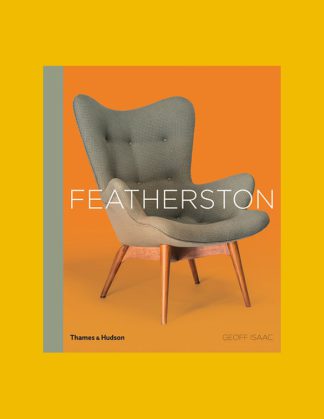