Born into a family of stone masons in the Belgian region of Soignies, Eugène Dodeigne learned the profession at the age of thirteen from his father, a marble worker. His precocious talents led him to the École des Beaux-Arts in Tourcoing and then to the École des Beaux-Arts in Paris. At the end of the 1960s, his reputation became international: Belgium, the Netherlands and Germany welcomed his sculptures, as did many public places and museum parks throughout the world. His Soignies stones achieve a monumental grandeur in forms torn from the material, which speak of Man and the human condition. Displacing the lesson of Rodin and the inspiring silhouette of the Man who walks into a flagrant and singular modernity, Eugène Dodeigne appears with his tools, his vigour, his fierce will and his humanism, as a true emblem of the sculpture of our time, definitively as the Man who sculpts.
IN FRANS! 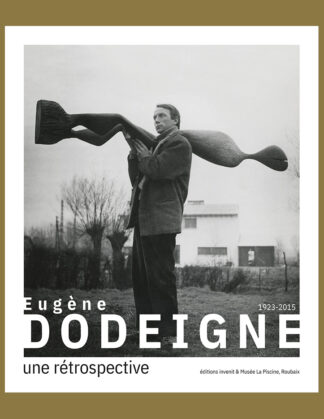