Norwegian painter Edvard Munch (1863 – 1944) is best known for his painting The Scream, painted in 1893, which has become one of the most iconic images in the modern world. Munch was clear about his own mission in exploring the portrayal of extreme human emotion. ‘Just as Leonardo da Vinci studied anatomy and dissected corpses’, he wrote, ‘so I try to dissect souls’. Perhaps because of the subsequent notoriety of The Scream and other works from his intensely productive early period,Munch is often presented as a nineteenth-century figure, an inspiration for and precursor of the modern artists who succeeded him. In contrast this important new survey, accompanying a major touring exhibition, shows him to have been fully engaged with modernity, particularly by tracing his involvement with its key methods of representation: photography, cinematography and the theatrical mise-en-scŠne.

In addition to a large number of instantly recognisable masterpieces, this lavishly illustrated book reproduces many lesser-known works, as well as a wide selection of Munch’s photographs and sketches. Munch’s photographs in particular will be a revelation to many; his moody and atmospheric self-portraits and the studio shots of models that are placed alongside finished paintings reveal the way one medium fed into another. With essays by an international selection of authorities, extracts of previously untranslated writings by the artist, a chronology and bibliography, this is the most comprehensive and revealing survey of Munch’s work yet published. 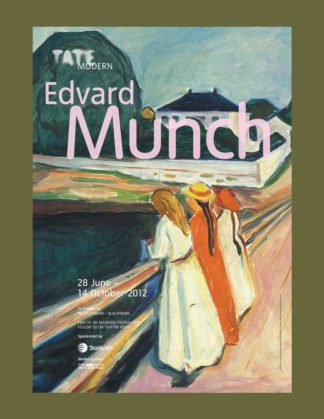