Edmund de Waal (born 10 September 1964) is a contemporary English artist, master potter and writer. He is known for his large-scale installations of porcelain vessels often created in response to collections and archives or the history of a particular place.

Published to mark the display of library of exile at the British Museum, this beautifully produced new book reflects on the themes raised by de Waal’s thought-provoking work of art. A preface by Booker Prize-nominated author Elif Shafak reflects on the importance of literature and its capacity to transcend language and borders. The introduction from Hartwig Fischer, Director of the British Museum, positions the artwork within the wider context of the Museum’s collection, highlighting the dialogue between objects from across time and throughout history and the contemporary. Finally, de Waal concentrates on the work itself, its journey to the British Museum via Venice and Dresden, and its future role in the foundation of the New University Library in Mosul. 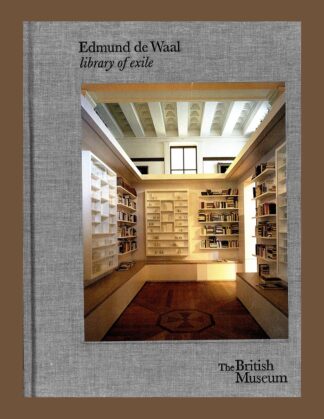