New York Living Rooms is the first instalment in Dominique Nabokov’s holy trinity of interior photography works, re-issued by Apartamento Publishing more than two decades after it was first published in 1998. Originally commissioned as a photo essay for the New Yorker in 1995, it offers a frank and intimate study of the interior living spaces of some of the city’s most fabled cultural figures, including Susan Sontag, Norman Mailer, Louise Bourgeois, Francesco Clemente, Allen Ginsberg, and Joan Didion.
With nothing added and nothing altered, Nabokov calls these images her interior ‘portraits’. Some spaces are indulgent and ostentatious, others shelter the bare necessities, but Nabokov simply records them all for her fellow voyeurs and leaves us to decipher the rest. Long out of print, this updated edition brings back to life an era of New York City history, seen through Nabokov’s original Polaroid photos and the original introduction by English poet James Fenton. It also sets the stage for the following editions in Paris and Berlin, which Apartamento will be re-issuing later in 2021. 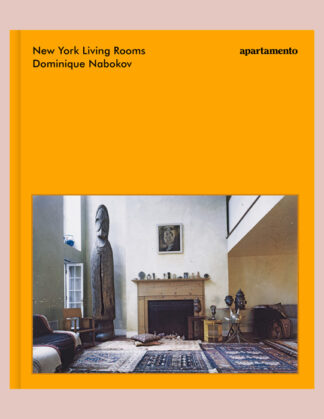