This study revisits the platform as a physical support by studying it as a specific architecture. The platform is not just a way of raising buildings or people from the ground, but also an architectural form that redefines and negotiates the way in which the ground is made habitable.
Humans had leveled the ground as the most primary form of inhabitation before sedentary life even began, and today, the entirety of the urban world is made of platforms that either enable or restrict the use of the ground. The use of the platform as an architectural element is common to many civilizations – from Aboriginal Australia to Mesoamerica to Ancient Greece to Islamic culture – and yet very little has been written about it. Our research therefore departs from the only significant text written on this archetype: ‘Platforms and Plateaus’ (1959), by the Danish architect Jørn Utzon. We aim to expand and problematise Utzon’s appraisal of the platforms as an architectural idea towards a critical enquiry into this archetype. Though often understood as a symbol of power, the platform has also existed as gathering place, a point of both orientation and exchange among communities. 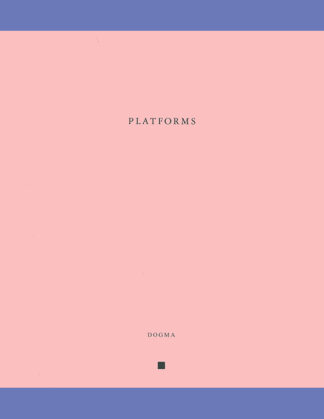