For three millennia, cuneiform was the dominant writing system in the ancient eastern world. More than half a million cuneiform tablets are still in existence. They are stored in museums and collections, some of them have never been translated. Until now they could only be found – if at all – with an image search. The writings themselves were a closed book. But that’s changed now, thanks to Digital Cuneiform! Ever since the rediscovery of these ancient cultures in the 19th century, the pictographic characters of the world’s oldest script have fascinated researchers and fans alike. Today, the shapes seem surprisingly modern and thrill not just archaeologists and scholars, but typographers, textile designers and tattooists, too. This is your typographical journey through time in book form – your key to the ancient cultures or the earliest form of type hype: 544 pages with all known cuneiform characters from Mesopotamian to Babylonian to Ancient Persian, with numerals and punctuation, type tables and background information as well as access to the digital cuneiform font. 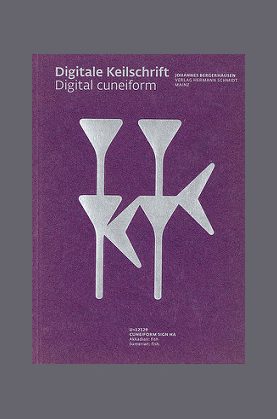