Design as an Attitude

Design is one of the most powerful forces in our lives, and has never been more compelling. At a time when so many aspects of daily life are changing at relentless speed on an unprecedented scale, design is a powerful tool to help us to benefit from them, and to avoid their dangers. Public interest in design is soaring as a new generation of designers pursue their social, political, and environmental objectives in increasingly ambitious projects. Conceived as a guide to contemporary design, Alice Rawsthorn’s Design as an Attitude demystifies the field by exploring the most dynamic developments in design, and assessing their impact on us now and in the future.
Authoritative and engaging, Design as an Attitude explains how design is responding to an age of intense economic, political, and ecological instability. It shows how resourceful designers are using new digital tools to help to tackle the environmental and refugee crises, and to reinvent dysfunctional social services. The book charts different aspects of contemporary design: from its role in interpreting new technologies and the emergence of a new wave of digitally empowered designers in Africa, to the craft revival, design’s gender politics, and its use in expressing our increasingly fluid personal identities. “Design as an Attitude” also tells the stories of the new design adventurers, such as Irma Boom, Loren Brichter, Studio Formafantasma, Jing He, Hella Jongerius, Jan Willem Petersen, and Arthur Zang, among others.
Including biographies of designers, notes on the design projects featured in the book, a bibliography and an index, Design as an Attitude consists of an introduction followed by 12 chapters: What is Attitudinal Design?; Spot the Difference—Design and Art; The Craft Revival; The Descent of Objects; Back to the Future; Is Design Still a (cis) Man’s World?; Design’s Color Problem; The Fun of the Fair; Choices, Choices, Choices; Out of Control; Design and Desire; and When the Worst Comes to the Worst. 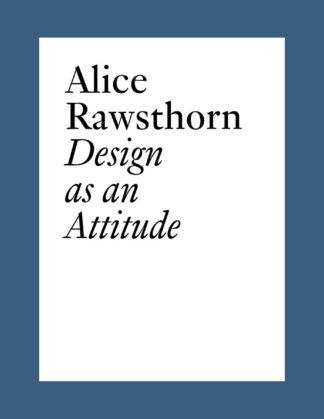