In 1968, Magnum photographer Dennis Stock took a five-week road trip along the California highways, documenting the height of the counterculture hippie scene. These black and white photos were compiled to create California Trip, originally published in 1970, and became an emblem of the free love movement that continued to inspire throughout the decades. In print for the first time since its 1970 publication, California Trip is a faithful reproduction of Stock’s timeless work.

Dennis Stock was a celebrated American photographer, noted for his photo essays. His portfolio had a massive range and included many timeless pieces of work such as the free love movement of California, jazz, nature, and portrait work of icons such as James Dean and Billie Holiday. His photography has been exhibited all over the world, and his photos are part of many major museum collections. He won first prize in both Life’s Young Photographers Contest in 1951 and the International Photo Competition in Poland in 1962. Stock passed away in 2010. 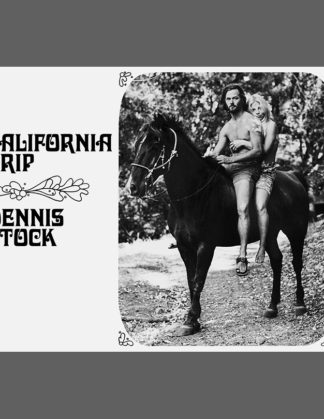