Born the son of miller, merchant and gentleman farmer in the small village of East Bergholt, in rural Suffolk, it was not immediately obvious that John Constable would pursue a career in the art world. However, the young Constable became a keen amateur landscape painter, inspired by the rural surroundings of his beloved Bergholt home. With the encouragement of local wealthy connoisseur Sir George Beaumont, whose collection introduced the artist to such masters of landscape such as Claude Lorrain, and an allowance from his father, Constable was admitted to the Royal Academy Schools, London, in 1799. There he studied the work of such masters as Lorrain, Gainsborough and Ruisdael and developed his own style of meticulous observation of natural detail combined with contemporary aesthetic theory. On leaving the Academy Constable rejected a financially rewarding position as a drawing master to sketch and paint in the English countryside for nearly ten years, in search of an honest yet coherent and dignified ‘natural painture’ style, and pioneered the revolutionary practice of making finished paintings in the outdoors, direct from nature. Commercial success came with Constable’s decision to exhibit large works at the British Institution. These ‘six-footers’, which secured his position among the greatest British painters of his age, included such enduringly famous canvases as The Hay Wain. 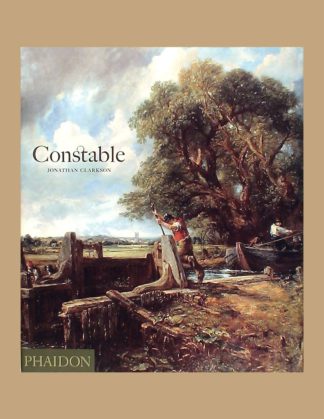