By the late nineteenth century, Belgium was one of the most industrialized countries in the world. Particularly the north of the country, Flanders, where forests of factory chimneys belched out stinking smoke and workers lived crammed together in squalid slums. Small wonder that artists like Emile Claus, Valerius De Saedeleer, George Minne and Gustave Van de Woestyne dreamed of a different world, of Flanders as it used to be, uncomplicated and unspoiled. They found the echoes of that lost Elysium in forgotten farming villages. Or in their imaginations.

The sense of something lost and gone also haunts the works of James Ensor, Rik Wouters and Léon Spilliaert. Only one place in the world could have produced their burlesque humour, colourful romanticism and muted melancholy: ‘le plat pays’ by the grey North Sea. And it’s there too that Constant Permeke, Gust. De Smet, Frits Van den Berghe and Edgard Tytgat took their own idiosyncratic look at frangible post-First World War reality.

COMING HOME brings to vivid life the broad cultural context of the Flemish belle époque and the years between the twentieth century’s two world wars. It’s a book about Symbolism, Impressionism and Expressionism, and a forgotten piece of art history. But above all, COMING HOME is a story about roots and the search for a sense of belonging in a rapidly changing world – a quest as relevant today as it was then. 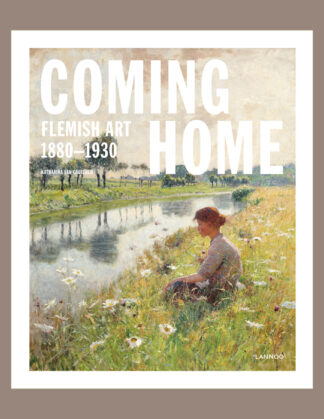