Claudio Silvestrin was born in 1954, studied under A.G. Fronzoni in Milan and at the Architectural Association in London. His interest in philosophy, his vision, his integrity, clarity of mind, inventiveness and concern for details are reflected in his distinctive architecture: austere but not extreme, contemporary yet timeless, calming but not ascetic, strong but not intimidating, elegant but not ostentatious, simple but not soulless. Claudio Silvestrin is a man of vision, the vast as well as the minute. Creativity is never delegated, his artistic supervision is total. Claudio Silvestrin is not a mere creative: what he creates in his designs, in turn, creates. He stands for difference rather than uniformity, quality rather than quantity, fewer projects rather than many.

Considered to be one of the masters of contemporary minimalism, Silvestrin is admired by international architects and designers, such as Giorgio Armani and Terence Conran. He is known for the serene spaces and simple, essential forms of his architecture and interior design. This book could be the best annotation of his design philosophy of minimalism by showing the works for Giorgio Armani, Calvin Klein, Giada, Anish Kapoor, Victoria Miro, Fondazione Sandretto Re-Rebaudengo, YTL Singapore, illy Coffee, Princi, Rainer Becker of Zuma and internationally acclaimed hip hop artist and producer Kanye West. 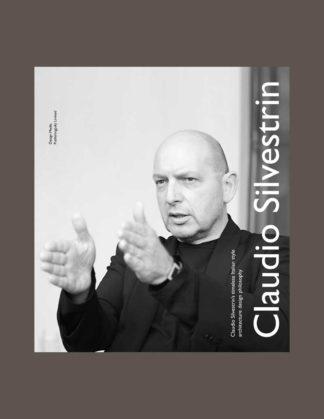