Change is the Reality: The Work of Robin Walker Architects

Explores the ethos and ideas of the Anglo-American architect Neave Brown (1929-2018), winner of the RIBA Gold Medal 2017. Part of a City gets its title from Brown’s Gold Medal acceptance speech, when he observed: “We weren’t making housing, we were making part of a city.” The book brings together his writing and design projects, including his celebrated large-scale urban housing work for Camden Council, and the later projects in Italy and The Netherlands, the latter undertaken in private practise with David Porter. Part of a City re-presents original critiques from the 1960s and 1970s by prominent figures such as Reyner Banham, Bob Maxwell, Christopher Woodward and Ed Jones, with new writing by architects and critics including Kenneth Frampton, Jonathan Sergsion, Simon Henley, Paul Karakuservic and Peter Barber.
Part of a City: The Work of Neave Brown Architect is the third book in Canalside Press’ Modern Architecture in Reflection series alongside Change is the Reality: The Work of Robin Walker Architect (2021) and On Intricacy: The Work of John Meunier Architect (2020).In common with the other titles in this series, Part of a City is a portrait of a period of optimism in modern architectural culture: it reveals the profound intellectual and artistic ideas that inspired a communal social effort and is also a portrait of a gifted and unusually articulate architect. Neave Brown continues to inspire a new generation of architecture students today. Part of a City was launched at Brown’s alma mater, The Architectural Association, on 18th November 2022, alongside a symposium devoted to his legacy that day. Part of a City was chosen as one of the FT’s “Best Books of 2022: Architecture and Design”. The FT’s architecture correspondent wrote: “Neave Brown’s Alexandra Road Estate in Camden represented the zenith of British council housing; humane, green, communal, successful. His work was both Brutalist and beautiful, public and intimate and this book from the admirable Canalside press (run by architects Patrick and Claudia Lynch) finally does him proper justice.” 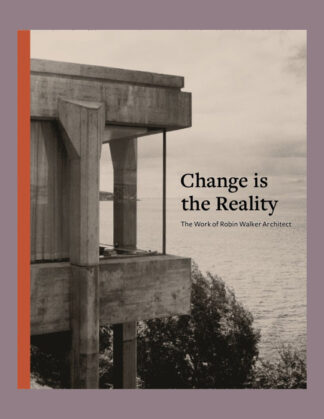