Søren Carl Theodor Marius Sørensen (1893-1979)was a Danish landscape architect who is considered to be one of the greatest landscape architects of the 20th century. A contemporary of Thomas Church, Geoffrey Jellicoe and Luis Barragán he was a leading figure in the first generation of Modernists in landscape design.

Sørensen was a prolific author producing eight books, editing two volumes and writing hundreds of articles. Only one short book was translated into English and another into German and Dutch. His books covered open space in urban life, horticulture, the history of garden art, principles of garden design, education and autobiography.

Sørensen worked with Copenhagen schoolteacher Hans Dragehjelm (1875-1948) on the first ever adventure playground in Emdrup, a district of the Danish capital Copenhagen in 1940. Photos from the time show children playing with bricks, digging in the mud and building dens with wood and nails. In his book Parkipolitik i Sogn og Købstad (Park Politics in the parish and market town), Sørensen stated his belief that “children’s playgrounds are the city’s most important form of public plantation”. He believed children needed sun and open space to play in and hated the trend for dark, shady courtyards as play spaces. He called them skrammellegepladser (“junk playgrounds”).

His designs reflected the Modernist movement and include strong geometric shapes and graceful landforms. 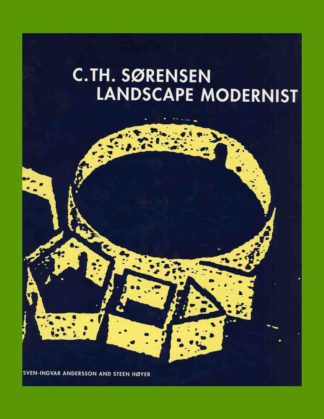