The 2019/20 issue of The Serving Library Annual is entirely devoted to the late Italian designer, artist, inventor and polymath Bruno Munari. The core of the annual is the first English translation of Obvious Code, the 1971 collection of Munari’s own writings, sketches and poems about his own work, published by arrangement with Corraini, who issued the book’s anastatic edition in 2017. It includes iconic design objects such as the Abitacolo, ground-breaking artworks such as his 1952 series of hand-made projection slides, and little known rhymes about the art market, as well as an original piece from his “unreadable books” series. In the margins, dozens of artists, designers, writers and curators have been invited to annotate Munari’s texts – with a sketch or a quotation, an in-depth analysis, a fragment of conversation, a free association – as a testament to the depth of the influence exerted on international art by an often underacknowledged pioneer, whose visual experiments were so iconic as to become a self-evident part of visual culture, an anonymous invention: an obvious code. 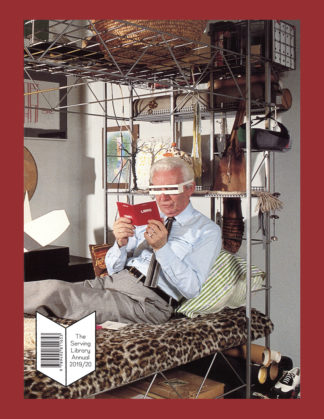