Boris Mikhailov is regarded as one of the most important artists in contemporary photography. His latest artist’s book is dedicated to the hitherto little-known work Series of Four, which he produced in his hometown Kharkiv (USSR) in the early 1980s. The photographs exemplify Mikhailov as an attentive observer of the Soviet world, beyond the official ideology in a time of perceived stagnation, but also as an experimental artist in the environment of the Moscow Conceptualists. With more than 150 image groups and a text by Luisa Heese, the book offers for the first time a comprehensive overview of the Series of Four. It accompanies the solo exhibition Boris Mikhailov: The Space Between Us at Staatliche Kunsthalle Baden-Baden (16.11.2019 – 9.2.2020). 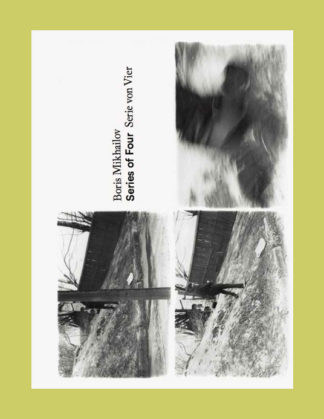