“At the beginning of the seventies, passage to Rome, during a cold and rainy winter, no picture of good, I had a wide-angle except two or three in Pompeii silent and empty under the rain …
Later, in 1979, having finally understood the discreet strength of the 50 mm, coming from the highlands of Taos in New Mexico where I lived, I found in Rome Claude Nori, and there, it is the visual shock: is it what living in the desert makes this city fascinates me in comparison?
Let’s say that the images of the American West are often horizontal and those of the streets of Rome are often vertical! and that also impregnates me very strongly the Roman work of Corot, which I think so often over there … Corot who marked me definitively by his sobriety.
The years will pass, until the return to Europe, and I am now under the strong influence of the painting movement called ‘La Scuola Romana’ (Mafai, Scipione, Pirandello, Antonietta Raphael, Afro): wonders that inspire me a lot.
Many visits: Rome attracts me constantly, I go there almost every year and I photograph in disorder, especially nothing systematic or organized! Quarter by district, listening only to my instinct and especially my passion: I am madly in love with this city and, at the same time, with all the small Italian islands where I go as often as possible! “B.P. 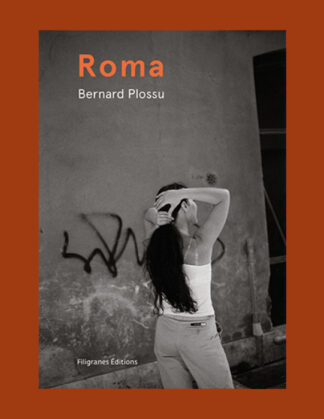