The most complete retrospective ever done, its purpose is to examine all the stages leading, at the beginning of the 1960s, to a 20-year-old artist “wishing to withdraw all the expression charges contained in the work for the to reduce to a material fact “, then to appropriate the astrophysics, the nuclear physics and the mathematical logic, to interrupt five years his activity to finally make an unexpected return with paintings on chassis.
Sound works, poetry, then Indeterminate lines, Accidents, dispersions, Random Combinations, to the indefinite lines and curves of the monumental Corten steel sculptures will follow. The protean form of Bernar Venet remains poorly known because it is often partially exposed, in “periods” or according to a logic of support (tars, steel sculptures).
It now requires to be apprehended in its entirety in order to understand the extent, complexity, poetry and evidence. It is necessary to trace its course in order to restore the context that gave birth to it (the appearance of the happening in 1959, the New Realism, Fluxus and the School of Nice in the 1960s, “the invention “minimal and conceptual art in the United States where Bernar Venet settles in 1966), relevance and high degree of creation. 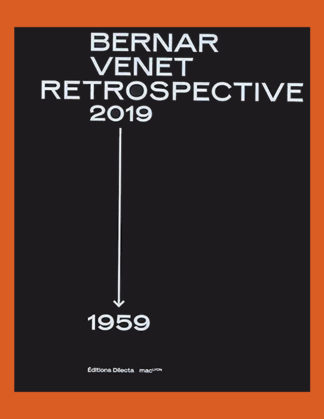