Coping with post-industrial brownfields is an issue throughout Europe and North America. A point of departure for their broad rediscovery in Germany was the refurbishment of an abandoned steelworks from 1990 on by Peter Latz which subsequently became Duisburg Nord Landscape Park. There, industrial relics were not demolished or converted but perceived as integral parts of the overall concept and then imbued with new meaning and use. Many additional projects with a similar approach were created in the past decades, among them Parc del Clòt in Barcelona, Parque do Tejo e Trancão in Lisbon or Michel Desvigne’s Parc aux Angéliques in Bordeaux, currently under construction.

This book does not only describe a systematic framework for the use of post-industrial ruins it also contextualizes them in design history. The author, professor for landscape design at Copenhagen University, covers a wide range of topics, linking 19th century Romanticism’s preoccupation with ruins to industrial decline (exemplified by Detroit) and then on to the subsequent Renaissance of the transformed landscape and its refound beauty. 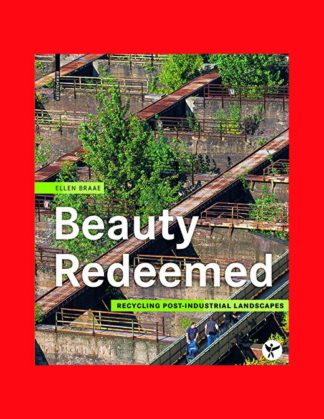