Bauhaus Imaginista: A School in the World

From its inception in 1919, the Bauhaus was a truly international institution. Students and teachers travelled from Croatia, Hungary, Japan, Palestine, Russia, Switzerland and the United States to Weimar and later Dessau and Berlin to become part of the school, drawn to the Bauhaus because of its cosmopolitan, avant-garde perspective and hands-on curriculum. This outlook was reflected in the way the school received and interpreted diverse influences, ranging from Arts and Crafts to reform pedagogy, from Eastern spirituality to constructivism, machine production and the Neues Bauen (New Building) movement. Art and design at the Bauhaus also contained a transcultural element, gleaned through exposure to non-western cultures, books and museum collections and interaction with foreign students and visiting lecturers.

Featuring contributions from artists, historians, cultural theorists and others, Bauhaus Imaginista offers a rare opportunity to explore a history of transcultural exchange in the 20th century through the specific lens of the Bauhaus and its reception in different geographies and time periods. Part of the large-scale project marking the school’s centenary, its focus is on the experimental, open-ended character of modernism as well as its inherent cosmopolitanism. As never before, it shows the crucial role the Bauhaus had in reimagining the relationship between art and society. 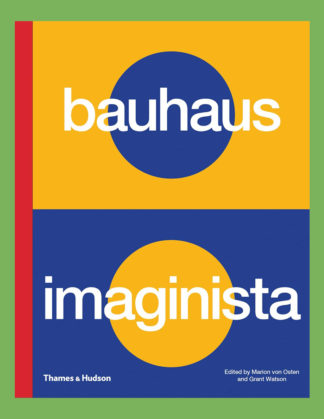 Je bekijkt nu: Bauhaus Imaginista: A School in the World €49,95
In winkelmand
0