This publication celebrates Ingvild Goetz’s longstanding passion for art and collecting, documenting the exhibition at Hauser & Wirth in New York in the fall of 2017.

An extensive chronology provides an in-depth view of Goetz’s history with the Arte Povera movement as a gallerist in the 1970s and 1980s and, subsequently, as a collector. Read alongside a conversation with Goetz herself, the publication profiles the collector’s personal relationship with the Italian art movement and its artists, detailing the evolution of her own extensive collection.

The book includes previously unpublished archival materials that trace the evolution of Goetz’s collection, as well as newly commissioned essays from curators Douglas Fogle and Chiara Vecchiarelli. Fogle explores the connection of Arte Povera and American post-minimalist movements more widely of the 1960s and 1970s. Vecchiarelli, for her part, examines the history of the galleries and dealers who first presented Arte Povera and their influence on the evolution of the movement. 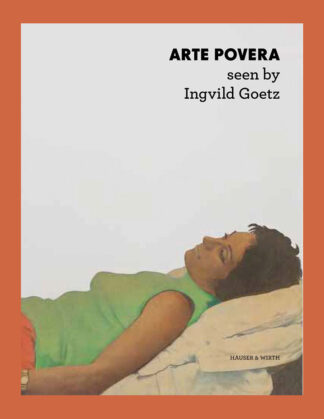