Armenian American artist Arshile Gorky (c. 1904–48) made his first mature works in New York City in the mid-1920s, by which point the traumatic history of the 20th century had already made him a genocide survivor and an exile from his homeland. Channeling his study of the modern masters through his own painful experiences and poignant memories, in two decades Gorky produced a huge body of deeply personal, emotionally intense lyrical abstractions that had a huge influence on his contemporaries.
Arshile Gorky explores the strength of Gorky’s artistic voice throughout the stages of his remarkable, though tragically short, career. Featuring more than 80 paintings and works on paper drawn from public and private collections around the world, this volume presents a comprehensive retrospective survey of the artist’s work. New essays by curators Edith Devaney, Gabriella Belli and Saskia Spender, the artist’s granddaughter and President of the Arshile Gorky Foundation, explore the artist’s life, work and subsequent influence.
Tracing how Gorky interweaved motifs, references and painterly flourishes in paintings and elaborate works on paper, Arshile Gorky reveals the artist’s unique position as a bridge between Europe and America, between surrealism and abstract expressionism. He remained a pivotal figure after his untimely death, influencing many other artists; Willem de Kooning acknowledged Gorky as a “driving force” among his generation of painters. 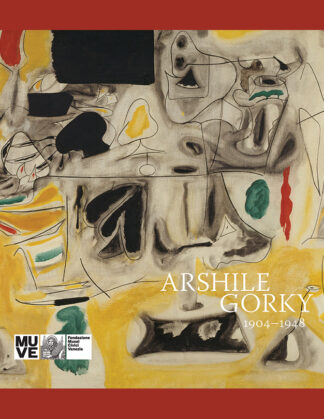