In the 1920s, an unprecedented programme of architectural and cultural renewal was established in the German city of Frankfurt am Main. This scheme became inscribed in cultural history under the name the New Frankfurt. Under the city’s lord mayor, Ludwig Landmann, and chief municipal planning officer, Ernst May, the ideas of the Modern Movement took shape. More than 10,000new residential units were planned during the housing and urban development initiative which began in 1925. Working for the City of Frankfurt, architects recruited from home and abroad created pioneering works – including standardised family-oriented flats, affordable apartments for those on low incomes, the first fitted kitchen, and child-friendly schools – and instigated developments in diverse fields, such as the industrial prefabrication of building shells and the planning of green space in urban contexts. In the fi rst part of this book, essays shed light on the cultural background of the New Frankfurt initiative, provide insights into the context of the work of its many proponents, trace the end and after-effects of the scheme, and sketch out the current situation in the housing market. In the second part, richly illustrated short texts explore the main themes of the programme, as well as its most important estates and buildings, to provide an overview of the New Frankfurt phenomenon. Each featured object includes the address and information on public transport links, inviting readers on a tour of Frankfurt’s modernist heritage. 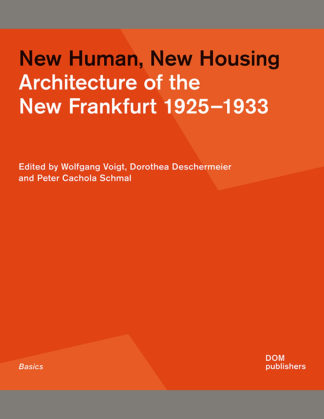