Tierra del Fuego, Patagonia, Atacama Desert and the Pacific Coast: even today the apperception of Chile remains remote and indistinct. There is no doubt that its geographical location – confined between the Pacific Ocean and the Andes mountain range – has had a role to play in the relative nescience, although it was the former political situation that led to the country’s isolation for almost twenty years. In fact, it is only in these last fifteen years that Chilean architecture has appeared on the international stage, mostly owing to Mathias Klotz, Alejandro Aravena, Smiljan Radic and Pezo von Ellrichsausen, amongst others. Chile can take pride in having built some genuine Modern masterpieces whilst having preserved a close relationship with its culture. During the twentieth century Europe provided Chile with sources of inspiration. Le Corbusier had a great influence on Chilean architects despite never having visited the country; his followers, such as Emilio Duhart, Roberto Dávila and the BVCH office, realised buildings which are today internalised deep in the Chilean psyche. The Bauhaus movement served as another influence for architects such as Sergio Larraín. Overall, this book aims to be a practical reference source of the best architectural works of the twentieth and twenty-first centuries in Chile. 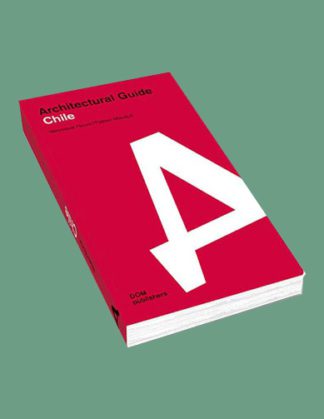