Antony Gormley. One and Other

A document of an extraordinary work of public art: One and Other, the 100 days of human occupation of the fourth plinth in Trafalgar Square Over a period of 100 days from July to October 2009, more than 2,000 people stood on the fourth plinth in Trafalgar Square, London for one hour. They were free to do as they chose during this period in the spotlight. Nobody could predict what would happen or the scale of the response. Many thousands applied for the 2,400 slots and candidates were selected randomly. Millions watched the events as they were all filmed and available online. Hundreds of thousands continued to turn to the website long after the project itself was finished. The event was a phenomenon, which we are grappling to understand. The entire enterprise was the conceived by Antony Gormley, and can be seen as a further example of the artist’s ability to tap into the public consciousness. The book will contain studio portraits of all the “plinthers” prior to their appearance. The aim is to capture the emotional intensity and the personally transformative effect that was created by one of the most extraordinary works of public art in our time.Antony Gormley is a Turner Prize–winning sculptor whose best–known for several public sculptures and installations around England, as well asEvent Horizonin 2010 in Madison Square, New York. In July 2009 Gormley presentedOne & Other, a Fourth Plinth Commission, an invitation for members of the public, chosen by lottery, to spend one hour on the vacant plinth in Trafalgar Square, London. 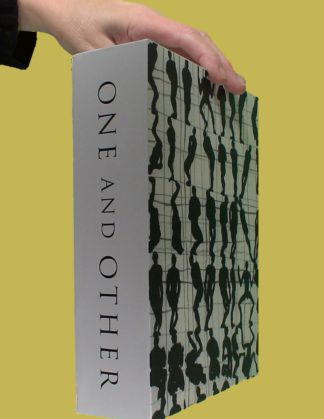 Je bekijkt nu: Antony Gormley. One and Other €47,50
In winkelwagen
0