In the 1990s Corbijn worked with all kinds of people (including Kate Moss, Clint Eastwood, Robert De Niro, William Burroughs and Naomi Campbell). He created numerous innovative portraits that revealed his unmistakable photographic style and that were published in book form under the title Star Trak. This was followed by conceptual works for 33 Still Lives and ’a.somebody’ in 1999 and 2002. Next he boldly trod a new path and shot his first, award-winning feature film: Control with Sam Riley. It was followed shortly after by The American starring George Clooney and A Most Wanted Man starring Philip Seymour Hoffmann. Alongside his work in film he produced another photographic series, Inwards and Onwards, which primarily centers on visual artists (Gerhard Richter, Lucian Freud, Jeff Koons, Peter Doig, etc.).

Schirmer/Mosel is now publishing the opulent illustrated volume Anton Corbijn: Hollands Deep, which accompanies a major Anton Corbijn retrospective at Gemeentemuseum in The Hague (March 21 to June 21). The exhibition and book present the highlights of Corbijn’s impressive oeuvre. These also include Corbijn’s successful forays into fashion photography and the strippinggirls series, for which he teamed up with artist Marlene Dumas. Hollands Deep impressively traces the development of a young music fan with a camera into the artist with global influence Anton Corbijn is today. 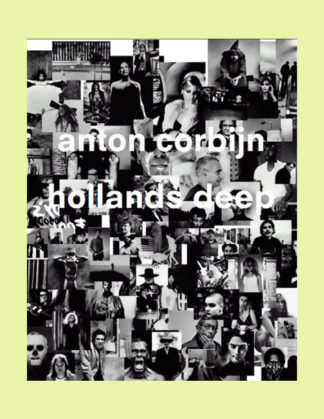