Anish Kapoor’s sculptures represent an important position in contemporary art. Born in Bombay in 1954 and living in London since the early 1970s, he combines Western and Eastern influences to create special work. He became famous with large-scale sculptures in public spaces, most recently on the occasion of the Olympic games in London in 2012. His multi awardwinning work (1991 Turner prize) has been exhibited worldwide since his first solo exhibition in 1980. The monograph gives a concentrated overview of his diverse oeuvre of the last 40 years, from the pigment works to the mirror works and large polished sculptures. In the main section, the temporary, site-related works in the Martin-Gropius-Bau, such as the “…..” in the spectacular, central hall, are documented in sketches, models and installation photos. These new works, which impressively frame the architecture of the Martin-Gropius-Bau, are elaborately illustrated and elucidated. 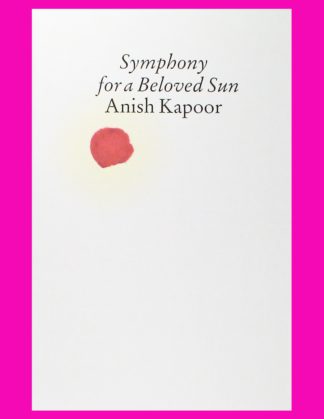