Angus Fairhurst (1966-2008) attended The Judd School between 1978 and 1985, he studied at Canterbury Art College 1985-1986, and graduated in 1989 in Fine Art at Goldsmiths College, where he was in the same year as Damien Hirst. Fairhurst was also for several years the partner and sometime-collaborator of Sarah Lucas.
Fairhurst’s work was often characterised by visual distortion and practical jokes. In 1991 he did a piece in which he networked together the phones of leading contemporary art dealers in London so that they could only talk to each other – a witty and telling remark that the art world is often only interested in speaking to itself.

He worked in different media, including video, photography and painting, and is noted for sculptures of gorillas.
Angus Fairhurst exhibited nationally and internationally after graduating from Goldsmiths. Exhibitions include Freeze and Some Went Mad and Some Ran Away, Brilliant! at the Walker Art Center and Apocalypse at the Royal Academy in 2001. A 2004 exhibition In-A-Gadda-Da-Vida was held at the Tate Gallery with Hirst and Lucas.
Sir Nicholas Serota, director of the Tate gallery, said:
“Angus Fairhurst was always deprecating about his own talent, but he made some of the most engaging, witty and perceptive works of his generation and was an enormously influential friend of other British artists who came to prominence in the early nineties.”
Fairhurst exhibited at Sadie Coles HQ in London. On March 29, 2008, the final day of his third solo show at the gallery, he was found hanging from a tree in a remote Highland woodland near Bridge of Orchy in Scotland, having taken his own life. 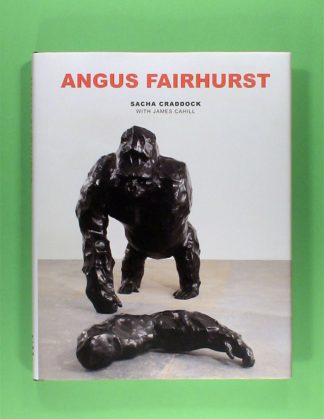